You can help reduce the local stray animal population and increase the capacity at the Animal Welfare Department’s shelter by bidding on one of five footballs signed by former University of Georgia and current Cleveland Browns football player Nick Chubb. He came into town on Monday, July 16 to sign the footballs and take a tour of the shelter; he also signed several helmets which were sold to raise funds for the shelter. 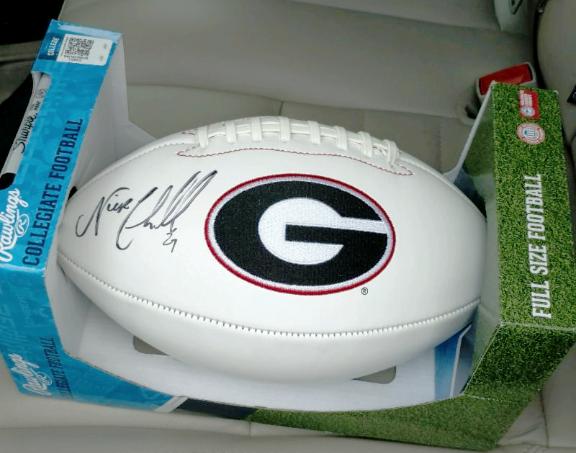 You can see and bid on the footballs until Monday, July 23 at 5:00 p.m. by visiting one of the following locations:

All funds raised will go to Animal Welfare to help get the surgery center open and to purchase new pans for the bottoms of the second level kennels. The surgery center will allow spay and neuter services at the shelter, which will help reduce the local stray animal population, and the new pans will allow animals to be house in the second level kennels. By using those kennels, the shelter will be able to house approximately 120 dogs; they can only hold about 80 currently.