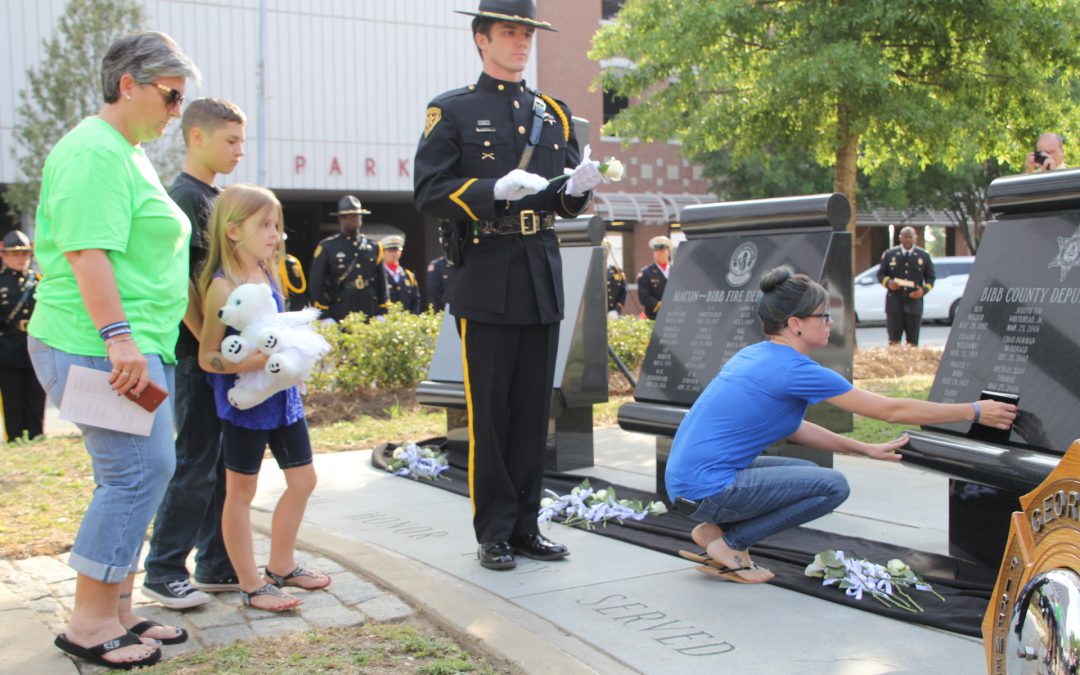 At the 2017 Peace Officers Memorial Day remembrance service, people came to the Public Safety Park Memorial to pay respects to officers, firefighters, and deputies who made the ultimate sacrifice. Each name etched into the stone was read and a bell sounded, to signify the end of their watch. A deputy or firefighter would then lay a white rose at the corresponding memorial.

At this year’s ceremony, another name was unveiled on Bibb County Sheriff’s Office shrine. Anthony “TJ” Freeman was killed during a chase on May 5, 2016. His wife Jessica, two children, and other family members were recognized as part of the service.